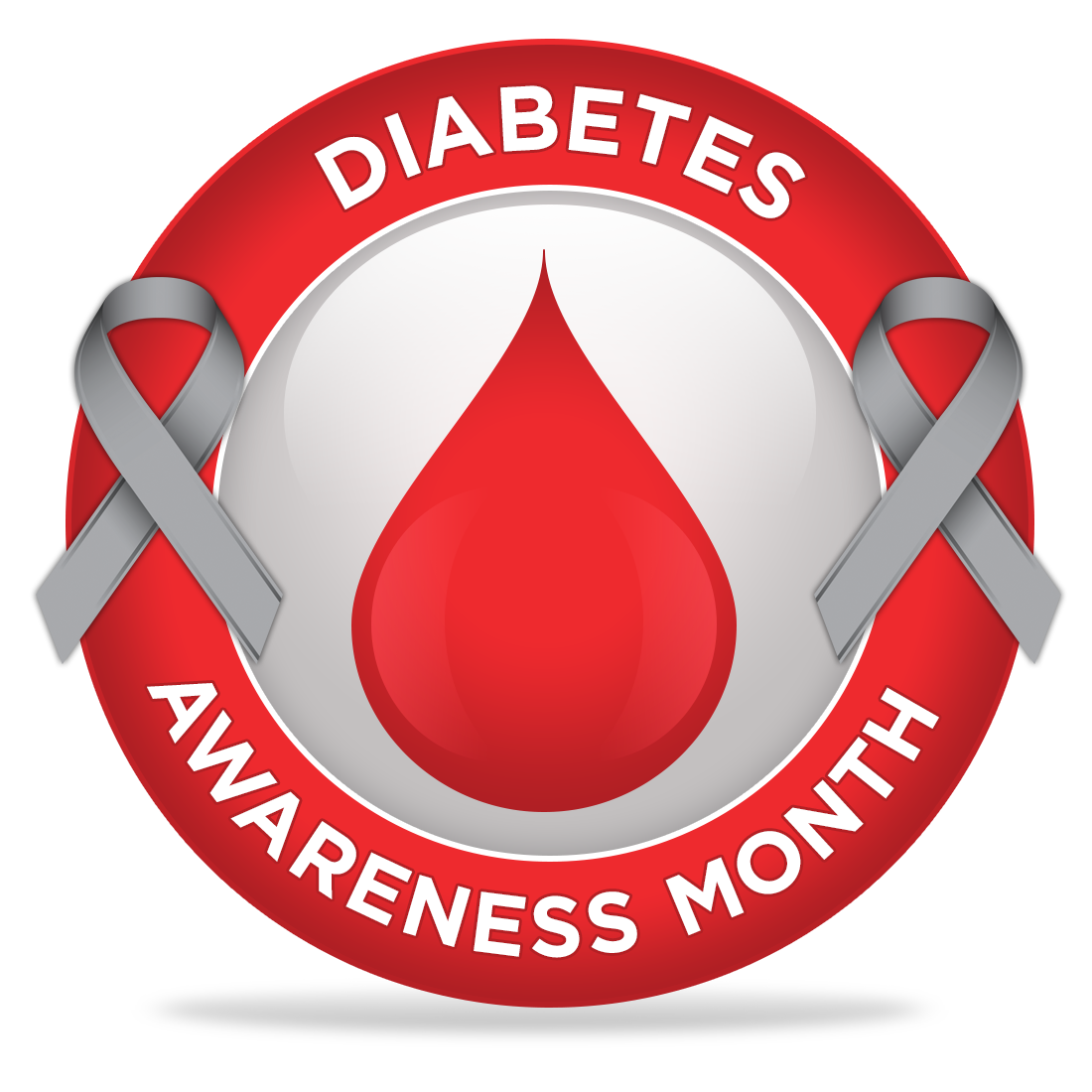 It seems like every day on Facebook is dedicated to a new cause, every week has an official food, and every month has an official disease. It wasn’t enough to have a National Ice Cream Day, we now have a National Chocolate Ice Cream Day (it’s June 7th if you’re curious). November 12th is “National Pizza With the Works Except Anchovies Day”. Then there are some months that have become an institution like October’s Breast Cancer Awareness Month, and February’s Black History Month.

Why have a Diabetes awareness month? The best methods in combating chronic diseases that have no cure is through prevention and early detection. The vast majority of Americans just aren’t educated about Diabetes, despite its growing prevalence and potential to cause harm. By shining a light on the disease and the fact that it affects millions of Americans every day, more people may get their A1C checked this year, or recognize the symptoms in their children and schedule an appointment with a physician before severe symptoms surface.

29 Million Americans are afflicted with Diabetes, and that number is rising. Unless you have diabetes you don’t really understand the consequences. To an onlooker it may seem like inconvenience having to check your blood glucose and take shots every day, but they’re unaware of the damage it does to your body and the scope of the burden of managing diabetes. The total national cost of diagnosed diabetes is 245$ Billion according to the American Diabetes Association, and it is hard for the average person to see how that cost affects them directly if they do not have diabetes. Before you downplay Diabetes Awareness month, remember that Diabetes kills more Americans than AIDs and breast cancer combined.

How to Get Involved

Diabetes Awareness Month is spearheaded by the American Diabetes Association, but hundreds of smaller local groups participate and slightly modify the program to fit their needs and organization.

Share – Share your story with others to educate and give a face to this often invisible disease.

Advocate – Help ensure Diabetes gets the attention it warrants by reaching out to the public, connecting people with groups and resources, and petitioning for funding and education.

Donate – Donate to the American Diabetes Association or other charity to continue fighting against diabetes and help find a cure.

Post – Share this article, or any of the other helpful articles on our blog, on social media and get the word out about how prevalent diabetes is.